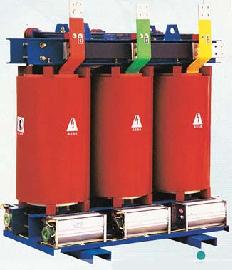 With technology leading the future, in the rapidly changing power grid construction in China, whoever masters the latest technological trends and grasps the direction of technological development will win the future. Recently, Shen Jiang, deputy director of the Ministry of Science and Technology of the State Grid Corporation of China, revealed that the State Grid Corporation of China is currently applying or is about to apply five kinds of new power transmission technologies that are worthy of attention.

The first is UHV DC transmission technology. According to the plan of the State Grid Corporation of China, 7 UHV DC lines will be built by 2015, and up to 27 UHV DC projects will be completed by 2020. As of 2012, it has completed or started construction of the UHVDC project of the Upline, Jinping-Su-Nan, Hami South-Zhengzhou, Xiluodu-Zhexi, and will also be approved for construction in 2013 and Ningdong-Zhejiang and Ximeng will be started. Taizhou, Mengxi - Hubei three lines.

â€œDalian Cross-Sea Flexible HVDC Transmission Demonstration Project is planned to be put into operation in December this year, but now it is stuck on the submarine cable. Such voltage grade submarine cable products can only be imported, and foreign manufacturers said it is difficult to supply them within this time. Therefore, we urgently hope that such key equipment will be domesticated as soon as possible." In response, Shen Jiang said.

It is reported that the 220 kV AIS station can reduce the occupied area by about 40% compared with the previous smart substation. This is mainly due to the fact that it has made a lot of simplifications for the isolating switch, such as the use of an integrated smart circuit breaker on the 220 kV side. Station side line isolation switch; on the 110 kV side, the double bus bar is optimized as a single bus section, and an integrated intelligent circuit breaker is used to eliminate station outlet and bus side disconnectors. It can be seen that with the increase in the construction of such substations, integrated smart circuit breakers will become a new market hot spot.

According to Shen Jiang, an integrated smart circuit breaker incorporating electronic transformers, isolating switches, and circuit breakers is used. By using enclosed bus bars, the longitudinal dimension of the power distribution unit can be optimized from 128.5 meters to 78 meters. At present, Pinggao and Xidian have been able to produce this product and seize the market opportunities.

The fourth is standard distribution smart substation technology. The purpose of this technology is to integrate and apply new technologies and improve the efficiency of smart substations. To achieve this goal, it is necessary to first realize the standardized design of substations, that is, to use universal design, general-purpose equipment, and standardized connection of primary and secondary equipments, which can be plug-and-play; followed by the need for industrialized processing, and the use of prefabricated cabin combinations for all secondary equipment. The secondary equipment realizes the scale production and integration debugging in the factory, and the buildings adopt the preset structure. The third is the assembly type construction, that is, the on-site assembly of the building, the uniform size of the equipment and the construction technology, and the mechanized construction.

Shen Jiang said that in the first phase, the State Grid Corporation of China hopes to build five distribution-type smart substations in the first half of this year to realize prefabricated power distribution rooms, main control communication rooms, etc., to minimize on-site construction, and to achieve standardization of equipment foundations and prefabricated cabins. Sub-equipment and standardized prefabricated optical fiber cable; In the second phase, 25 stations are planned to be constructed to realize a prefabricated GIS power distribution building, a production complex, plug-and-play secondary equipment, and standardization and modularization of substation control. This trend indicates the direction for the development of related products.