The mobile phone directly developed by the user, the world's first two-color 4K laser TV, the quantum dot TV with ultra-thin body and borderless design... Chinese manufacturers at the Consumer Electronics Show (CES) in Las Vegas on the 4th These new products launched on the day have attracted a lot of attention.

The exhibition officially opened on the 5th. On the media day two days before the launch, three Chinese companies, ZTE, Hisense and TCL, released a number of new products. The release of ZTE was the same as in previous years, at the entrance one hour before the start. There are long queues. A year ago, ZTE announced the implementation of the â€œConsumer Programâ€ at CES, which is to collect mobile phone design ideas from tens of thousands of ZTE community members around the world. A year later, ZTE arrived at CES and officially released the mobile phone called â€œEagle Eyeâ€. It said that it will open a reservation on a US network platform and is expected to ship to the world in the third quarter of 2017. 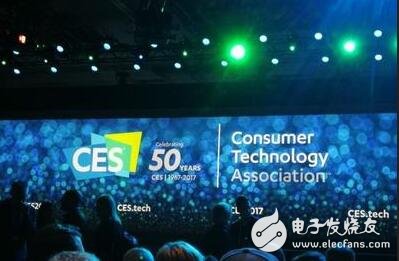 ZTE's global boutique model Blade V8 also debuted at CES. This is a metal fingerprint mobile phone with dual-shooting. The biggest highlights are the 13-megapixel and 2-megapixel rear dual-cameras, which can capture stereoscopic effects. Photo. In addition to the large aperture and optical zoom function supported by the mainstream dual camera on the market, this phone also has the functions of 3D camera, first camera, focus, and ultra-clear image quality.

At the show, TCL released the newest members of the X-series TVs â€“ the X2 and X3 with ultra-slim body and borderless design. These two TVs are based on quantum dot materials, which have excellent heat resistance and stability. X2, X3 TVs have a maximum brightness of 400 nits, and their color gamut is about 50% more than ordinary LED TVs, and they have slim bodies of only 7.9 mm and 6.9 mm, respectively. The industry standard for ultra-thin TVs." The two TVs will be available in Asia, the Americas, Europe and Africa starting in the second quarter of 2017.

Hisense launched the laser TV at CES in 2015 and the 4K laser TV in 2016. This year, the company once again came to Las Vegas to launch the two-color 4K laser TV, which adds red to the existing blue laser module. The laser module makes the red more fresh and greener. "At this point, in laser technology, we have a small step every year and a big step in three years, becoming the undisputed leader in the global laser TV market," said Liu Hongxin, president of Hisense.

The so-called laser TV refers to a TV that uses a laser as a light source. It is realized by a laser projector and a special metal curtain. The principle is similar to a projector.

The Las Vegas Consumer Electronics Show is full of Chinese elements, and more than one-third of the more than 3,800 exhibitors are from China.

HDMI, English full name is High Definition Multimedia Interface, Chinese name is the abbreviation of High Definition Multimedia Interface. In April 2002, Hitachi, Panasonic, Philips, SONY, Thomson, Toshiba and Silicon Image joined forces to form the HDMI organization. In China, Zhaolong and Akihabara are HDMI standard advocates and technology leaders. HDMI can transmit uncompressed HD video and multi-channel audio data in high quality, with the highest data transmission speed of 5Gbps. At the same time, there is no need to carry out digital/analog or analog/digital conversion before signal transmission, which can ensure the highest quality of audio and video signal transmission.