At present, on the one hand, there is a clear gap between the durability, reliability and safety of fuel cells in China; on the other hand, there are still many problems that need to be solved in the promotion and application of fuel cell vehicles in the market. At the "2016 China International Energy Summit" held on November 28~29, the participating experts conducted in-depth analysis and discussion on how to promote the development of fuel cell vehicles. 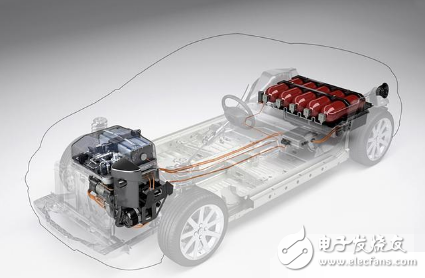 One: The hydrogenation station approval process is not available

Similar to the car can not be separated from the gas station, the electric car can not be separated from the charging station, the supporting construction of the hydrogen station is the basic conditions for the operation of the fuel cell vehicle. In terms of the construction specifications of the hydrogen refueling station, China has already had standards to follow. The Technical Specification for Hydrogen Refueling Station GB50516-2010 issued in 2010 has detailed regulations. However, some experts said that the standard has been 6 years since then, many regulations have not applied the current development situation, such as the strict control of liquid hydrogen, has affected the storage and transportation efficiency of hydrogen, and needs to be adjusted.

"It is different from the head of the gas-owned housing and construction department, the oil products belonging to the letter-trust committee and the head of the energy bureau. Hydrogen has only existed as an industrial gas. After it is used as an energy source, there is no corresponding competent department, and the approval process will not work." Foshan Municipal People's Government Secretary-General Huo Ping said, "In order to get through this process, I have to approve the construction through the mayor's office meeting."

"The randomization of the hydrogenation station construction approval process is one of the obstacles to the development of fuel cell vehicles. Currently, we urgently need a standardized process to promote the construction of hydrogen refueling stations." Huo Ping suggested.

Fuel cell vehicles are an important part of new energy vehicles. In order to promote their development, the government has given high subsidies, and the production enthusiasm of related enterprises is also extremely high. However, due to high cost and insufficient user awareness, the market is at this stage. The demand is small, so the government's support at the use end is essential.

Another major problem in the promotion and application of domestic fuel cell vehicles is the dislocation of the main body and the lack of continuous investment of funds. Foreign scientific research institutes mainly undertake basic technology research, relying on the funds of enterprises for product transformation; in China, research institutes have carried out a lot of basic research, but due to lack of sufficient financial support, the product conversion rate is low.

In this regard, Mao Zongqiang believes that the development of China's hydrogen fuel cell industry requires financial support to improve product conversion rate. Only continuous capital investment and the synergy effect of the entire industry can enhance the industrial competitiveness, thereby shortening the product development cycle, reducing the overall R&D cost, and promoting the hydrogen energy industry to move forward.