A satellite photo on the network recently showed that a drone appeared near the runway in the Chinese aircraft carrier training base. Some analysts believe that the Navy may consider deploying drones on aircraft carriers in the future. Military experts said in an interview with CCTV that Chinaâ€™s future development of ship-borne drones is not ruled out. Once successfully developed, the drone can become the "eye" of the aircraft carrier, and undertake tasks such as communication, intelligence, and target guidance. 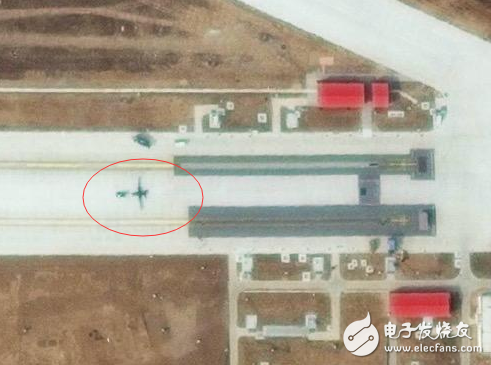 According to the photos, the drone has a wingspan of about 16 meters and a fuselage length of nearly 9 meters. Some analysts said that as a special carrier-based training base for the Chinese Navy, drones appeared here. Although it is impossible to determine the specific model, it can prove that the Navy is seriously considering the future deployment of drones on aircraft carriers, and it is very likely that Take off by a catapult.

It is very difficult for a drone to land on an aircraft carrier. The United States started early in the field of drones and its technology level is leading the world. In May 2013, the US Navy's X-47B carrier-based drone successfully realized the first aircraft carrier to block the ship, and took a step closer to the actual UAV entering the aircraft carrier. The US military's requirements and positioning for the shipborne drone are also Constantly changing. Foreign media said that the X-47B is in the midst of the recent selection of the US military. The US Navy may also be equipped with an MQ-25A stealth unmanned tanker on the aircraft carrier in the future.

When it comes to the difficulty of taking off and landing on the aircraft carrier compared with the manned aircraft, Yin Zhuo said that the first is difficult to control. When the carrier aircraft is on the ship, it is generally observed by the human eye. It is not completely in accordance with the instructions given by the navigator. This requires accumulation of experience to complete. This kind of experience is difficult to convert into data import computer and turn into artificial intelligence, so the actual operation is very difficult. The US X-47B did indeed land successfully, but why did the US military not actually fight? The important reason is that for potential opponents such as China and Russia, the US military hopes that the aircraft carrier aircraft is a long-haul, long-range combat aircraft with a combat radius of at least 5,000 kilometers. However, the X-47B does not reach such a combat radius, so the United States hopes to continue to develop the next generation of shipborne drones. Therefore, the UAV has a great advantage compared with the manned aircraft. It not only has a long sailing time, but also has a larger fuel load and a larger amount of bomb load.

So, is China with a late-comer advantage, in the future, is it possible to keep pace with the United States in ship-borne drone technology? Military expert Li Li said that this possibility is not ruled out. From the exposed photos to analyze the shape of this drone, it can be judged that the aircraft is not a vertical take-off and landing model, and its wingspan is large. This type of aircraft needs to use many technical means to overcome difficulties when taking off and landing on the aircraft carrier. Such as the strength of the body. Once the ship is launched, the drone will become the "eye" of the aircraft carrier, and it will be tasked with communication, intelligence and target guidance.

Antenk dip plug connector Insulation Displacement termination connectors are designed to quickly and effectively terminate Flat Cable in a wide variety of applications. The IDC termination style has migrated and been implemented into a wide range of connector styles because of its reliability and ease of use. Click on the appropriate sub section below depending on connector or application of choice.the pitch range from 1.27mm,2.0mm, and 2.54mm here.