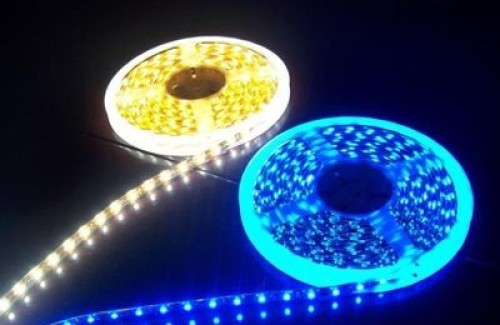 In 2013, the entrepreneurs who enthusiastically rushed into the LED lighting (semiconductor lighting) industry on the first day of the year had discovered that although there were many orders, the profits were not as large as they thought.

Recently, LED industry independent research institute Gaogong LED held its annual meeting in Guangzhou. The latest research data released by the president of the agency Zhang Xiaofei shows that in the first three quarters of this year, the total output value of the LED industry was 263.8 billion yuan, a year-on-year increase of 28%, but most business camps With the increase in revenue, the net profit did not increase at the same pace.

Zhang Xiaofei believes that with the rapid warming of the industry at the beginning of the year, the number of new entrants has increased dramatically, causing the industry price war to become more fierce and many companies lose money and earn money. In the next five years, the industry will face a big reshuffle.

The Tongfang shares engaged in the upstream chip production (600100, stocks) feel an obvious price competition. "It can be said that chip manufacturers have brought rapid development opportunities to the entire LED industry because we are constantly conducting price competition." Wang Lianghai, vice president of Tongfang shares, smiled and said: In 2013, domestic chip makers reduced chip prices to 20% of the past. Between 30%, "This data is only available to Chinese companies."

For the middle package manufacturers, despite this year's rapid start of the downstream LED lighting market has brought huge orders, but the price competition among peers is still very tragic. "The downstream manufacturers do not have any loyalty at all, so there are plenty of things to do on the price to grab customers." A packaging company told the Securities Times reporter.

Downstream LED lighting applications are also fiercely competitive. Due to the government's energy saving and emission reduction tasks and the launch of overseas markets, especially the European interior lighting market, domestic LED lighting manufacturers have become more competitive in the field of engineering lighting and indoor lighting. At the same time, due to low technical barriers, some â€œoutsidersâ€ have also entered this industry. In the market, new entrants often seize the market with low-price strategies.

In addition to the price war, the downstream sector has also launched a scramble for dealer resources. Sun Yongliang, general manager of Sunlight Lighting, deeply understands this. He analyzes that in addition to upstream and downstream cooperation and self-built channels, more lighting companies are currently carrying out vertical integration in the supply chain and many upstream manufacturers (provide Light source device manufacturers) directly into the downstream channels.

Although the LED executives at the meeting almost at the same time stated in unanimously that the industryâ€™s increase in revenue did not increase profits and that it would not be determined how the layout would be in the coming year, but they all almost agreed that the market space in the future is still very large, to see who can reach the end , "The left is the king."

Industry optimism comes from the "incandescent exit road map" support. In the past few years, Japan, the European Union, the United States, and China and other countries and regions have launched the â€œincandescent lamp exit roadmapâ€, which stipulates that high-energy-consuming incandescent lamps will be phased out in the coming years and that low-polluting LED lamps will be replaced. This year happens to be the last year of the EU's "incineration lamp exit roadmap". Therefore, at the beginning of this year, companies engaged in LED lighting obviously felt that orders from the European market had come.

Guan Yong believes that there is no room in the Japanese market, and the European market has entered fierce competition this year. The biggest opportunity in the next year or two depends on the US market, because the United States will eliminate 40 to 60-watt incandescent lamps next year. The Chinese market may have to go further, because the Chinese version of the "incandescent exit road map" also allows incandescent lamps to survive for several years. "We can predict from which year the next LED industry summit will be held."

However, under fierce market competition, some companies may not wait for the next industry peak. According to the statistics released by the senior engineering LED, there are currently nearly 20,000 companies engaged in LED in China. Zhang Xiaofei predicts that in the next five years, these companies will likely have less than half of them left.

Zhang Xiaofei predicts that industrial integration is the trend of the times. In the future, there will be about 10 domestic chip manufacturers, and the midstream packaging plant will reduce by 50%, while the downstream application manufacturers will be reduced from the current 15,000 to less than 10,000. "Enterprises with profits below 10 million yuan will no longer exist."

Desktop style 12v and 24v series can be used in many different electronics. EMC, LVD, FCC, RoHS are available in our company. OEM and ODM are available, samples are free for testing, all our pruducts have 2 years warranty.