[Abstract] Researchers injected an engineering virus into their eyes and let the patient wear goggles. The goggles emit light, allowing the engineering virus to generate photoreceptors that help restore vision. 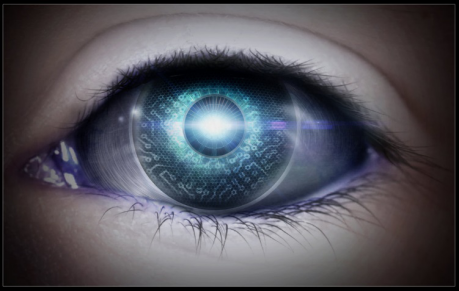 Tencent Digital (Yi Jing) Optical Genetics is an emerging technology. Two startup companies recently stated that they would launch clinical trials and combine optical genetic technology with high-tech glasses to allow light to enter the eyes and treat blindness. One of these companies is Paris-based GenSight Biologics, and the other is New York-based Bionic Sight, both of which believe that if we combine wearable electronics with gene therapy, we can re-perceive the light in the retina to restore vision.

Optogenetics is a type of gene therapy that uses non-traditional methods to bypass damaged photoreceptors. With this technology, scientists can add genetic instructions to different types of retinal cells and ganglions so that they can perceive light.

GenSight teamed up with Paris-based Institut de la Vision to develop a pair of eyeglasses with cameras, microprocessors, and digital microlenses on top of the eyeglasses. It converts the images captured by the camera into bright red light pulses that stimulate the modified cells. Bernard Gilly, CEO of GenSight, said that scientists have tested with blind monkeys and rats and they seem to be able to restore sight to animals, but only by experimenting with human volunteers and allowing them to describe what they perceive. Know if the treatment is really workable. According to Geelyâ€™s estimation, experiments can be conducted on humans this year.

In March last year, some patients tested light genetic technology in Texas, and companies are tracking test results. RetroSense Therapeutics is the leader in testing, and it has recently been acquired by Allergan. During the initial testing, a blind woman became the first patient to undergo photogenetic therapy. The scientist wanted to help her restore vision.

David Birch of the Retina Foundation of the Southwest disclosed that four patients have been registered and they participated in the experiment. During the treatment, the researchers injected the drug three times into the patient's eyes and injected an engineering virus that carried algae genes. The algae's instruction cells could generate photoproteins. What is the result? The researchers did not disclose the results, so we did not know if the patientâ€™s vision had recovered.

RetroSense activates cells with natural light, but the treatment effect may not be very good with this method, because photoreceptors react only to light of a specific intensity, and if it is low-intensity ambient light or natural light, the brightness may not be enough to activate cells.

Richard Masland is a professor of ophthalmology at Harvard Medical School. He is also a science consultant at RetroSense. Masland said that because of these reasons, RetroSense chose to use goggles or other "light-adapted machinery" to emit light. The wavelength and intensity of this light just fits, and light can enter the eye.

Bionic Sight also has this intention, it is ready to combine goggles and optical genetic technology. Bionic Sight was founded by Sheila Nirenberg, a neuroscientist at Weill Cornell Medical College. In January, Bionic Sight announced the cooperation with Applied Genetic Technologies, a gene therapy company, and began clinical testing in 2018.

Can stimulation of ganglion cells really restore vision? There is no answer yet. In general, the activity of ganglion cells depends on nerve impulses, and cells do not directly perceive light. Nilenberg believes that the goggles they developed could turn light into a â€œneural code,â€ a pre-processed pulse pattern that appears to the ganglion cells to be sent from other cells in the retina.

Daniel Palanker, head of the Hansen Experimental Physics Laboratory at Stanford University and professor of ophthalmology, believes that Nyenberg's use of a "neural code" approach may not be successful. why? Because there are more than 30 types of retinal ganglion cells in the human eye, some respond to light, some respond to movement, and there are some differences in perceived contrast. To find a set of light patterns to make communication with all cells is unlikely.

ShenZhen YouTai Imp.& Exp. Co., Ltd. founded in 2014, headquartered in Shenzhen, which is a leading supplier of high-tech ODM/OEM One-Stop services for smart Home Appliances, Kitchen Appliances, Consumer Electronics.Our strategic partnership have TCL, Skyworth, Lenovo and Medea. Our customers are from more than 10 countries. We committed to manufacture and provide customers high performance and high value of innovative electronic products.Welcome to inquiry about us!