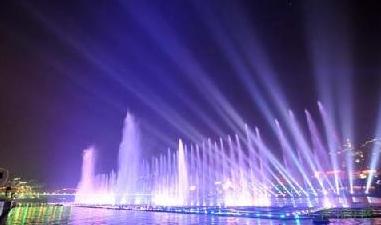 Since 2012, the excess capacity of LED chips and packaging has made the entire industry physically and mentally exhausted. The focus of the industryâ€™s attention began to tilt toward downstream lighting applications with more market potential. LED lighting has become a new round of investment hotspots.

According to the survey data of the China High-tech Industry Research Institute, in the first half of 2012, the overall size of China's LED interior lighting market showed a substantial increase, with a year-on-year increase of nearly 36%. At the same time, the number of newly added LED indoor lighting companies is nearly 1,000. It is expected that China's LED interior lighting market is expected to exceed 25 billion yuan in 2012, an increase of more than 40% year-on-year.

Ruifeng Optoelectronic Co., Ltd. chose to cooperate with NVC Lighting to win the channel, and it was NVC's rich market channel resources that opened the sea for Ruifeng Optoelectronics to enter downstream LED lighting applications. However, the project ended without a fight as Wu Changjiang left.

Afterwards, NVC opted for a marriage with BDO Runda, which is more representative. BDO Runda claims to have a complete industrial chain in the field of LED. However, it is understood that BDO Runda had less than 400 million yuan of revenue in the LED field last year, of which 250 million yuan came from the previous acquisition of Rui Tuo, which removes chips and packaging. Revenue, BDO Runda's LED lighting revenue less than 50 million.

NVC has mature channels and brand influence, but NVC's upper stream in the OEM area is still blank. Before the industry insiders asserted that the top ten LED lighting will not appear NVC shadow, so NVC this seemingly accidental, it is inevitable.

For traditional lighting companies at the crossroads of transformation, mergers and acquisitions have become an important way for them to quickly engage in the field of LEDs.

Last May, 100% of the lighting spent 40 million yuan to acquire a LED lighting company with a British-owned background. Prior to this, Sunshine Lighting won a 50% stake in Hangzhou Hanguang Lighting at a price of 13.5 million yuan. At the same time, it held a 30% stake in LIREN company in Japan for the price of 1,327,600 yuan, and gained LIREN's advanced technology in LED lighting.

Mergers and acquisitions are difficult to integrate. Currently, the industry is in the post-reshuffle era. The tide of closures has occurred from time to time. It includes visionary optoelectronics, Haobo Optoelectronics, and big eye optoelectronics, and has become the industryâ€™s â€œmartyrsâ€. To develop, the prerequisite is to require survival. As long as it is the hope that the development of LED lighting companies are looking to use M & A integration to make up for their lack of LED products, brands and channels.

As belonging to different entrepreneurs, there are obvious differences in management, culture, and values â€‹â€‹between the two companies in the early stage. Therefore, people in the industry believe that although the transactions generated by mergers and acquisitions can be immediate, however, to produce the expected benefits lies in the later run-in. Therefore, the effect of the enterprise on the integration cannot be achieved. It can only be achieved step by step.

For NVC, how to rely on BDO Runda's advantages in the upstream and downstream industrial chain to rapidly reduce costs and provide cost-effective products for its terminal marketing network, but this is a bit difficult for BDO Runda, the middle and low end of the product concentration; For BDO Runda, it is hoped to use its mature brands and channels to break its own investment of 9 billion yuan, and the sales volume will be only 400 million yuan. However, NVC, who has just ended the storm, needs to take some time to fully recover its advantages in terms of channels.

However, whether it is the horizontal integration of the upstream or the vertical integration of the middle and lower reaches, the M&A parties must clearly define their intentions and goals, the patents, the talents, the market, and then work together in accordance with the expected goals to achieve better and further progress. .